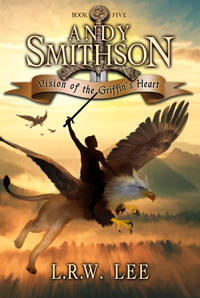 Four years ago, Andy Smithson discovered he is the Chosen one to break a 500-yr-old curse plaguing the land of Oomaldee when he unexpectedly and mysteriously found himself there. To do so, he must collect ingredients for a magical potion. Thus far he has gathered the scale of a red dragon, venom from a giant serpent, a unicorn’s horn, and the tail feather of a phoenix. Now he must ask a griffin for one of its talons. There’s just one problem…humans have poached griffin treasure, causing these mythical creatures to attack on sight. Complicating matters, the evil Abaddon, sovereign of Oomaldee’s northern neighbor, is turning more and more citizens into zolt in his ongoing campaign of terror as he sets in motion the final steps of his plan to conquer the land. Things really start to heat up in book five! If you loved Harry Potter, you’ll love the Andy Smithson series chalk full of mythical creatures, newly invented animals like zolt, herewolves, and therewolves, a complex plot with evolving characters, and positive themes including responsibility, diligence, dignity, friendship and more 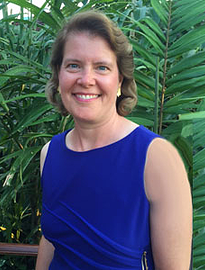 L. R. W. Lee credits her love of fantasy with her introduction to C. S. Lewis’ Chronicles of Narnia. Later on, she enjoyed the complex world of Middle Earth brought to life by J. R. R. Tolkien in Lord of the Rings and The Hobbit. The multiple dimensions of the worlds mixed with a layer of meaning, captivated her and made her desire to invent Young Adult Fantasy and Epic Fantasy worlds others could get lost in, but also take meaning away from. More recently, L. R. W. Lee has found inspiration from J. K. Rowling and her Harry Potter series as well as Brandon Mull and his best selling Fablehaven, Beyonders and Five Kingdoms series. L. R. W. Lee writes to teach her readers principles that can transform their lives – overcoming frustration, impatience, fear and more. She also shows why responsibility, diligence and dignity are the keys to true success in life. She lives in scenic Austin, TX with her husband. Their daughter is a Computer Engineer for Microsoft and their son serves in the Air Force.

1. How did you come up with your main character, Andy Smithson? Did he just pop into your imagination or did you specifically develop him? Andy is patterned after my son. After our first child who was what I would call compliant and seemed to need little to no correction, our son arrived on the scene. As with most 2nd children, he was polar opposite and provided much fodder for an engaging main character.

2. How did your experience with building a business help with your writing? It has been invaluable for I understand that writing is only 50% of the writer’s success equation. Unlike Field of Dreams, with so many good books available today, just launching it, even on a well trafficked platform like Amazon, does not get recognition. Because of my corporate background, from day one I began working to build a platform – Twitter and Facebook primarily and now also Book Nerd Paradise. As well, I understand the importance of the author community, for no author can succeed these days without the support of fellow authors. My background has also helped in understanding the need to optimize my books to rank well on the variety of sites they are listed on. There’s much more, but those are the biggest helps I would say.

3. Was there any particular book or author whom you feel had the most influence on your work? I have to say JK Rowling. The imagination she revealed, the strength of her characters, the world building, the depth of plot over multiple books…she definitely shaped how I think about writing.

4. What do you love the most about writing for young people? Young people are moldable. My passion for writing is to share with readers principles that from my experience can help them live more peaceful lives. A few of these principles include overcoming fear, frustration and impatience as well as understanding that true success in life is not from riches, fame or power, but rather responsibility, diligence and dignity. If they can finish any of my books closer to understanding these principles, I feel very fulfilled.

6. How long does it usually take you to write one of your stories from when you get the idea to when it’s finished? Usually about 6 months.

7. I know that most authors love all their characters but which of your many “children” is your favorite (besides Andy) and why? I have to say Mermin, the kindly old wizard who speaks with a lisp. I love him most after Andy because he’s so warm, humble and approachable. He’s fallible and he knows it, which is why he doesn’t apologize for his mistakes, rather he is comfortable in his own skin.

8. Do you ever plan to branch out into other genres besides middle grade/young adult fantasy? Funny you should ask. Yes, I’m actually noodling with a story arc of a YA Sci Fi story.

9. How do you feel your writing has evolved since your first novel? I can see how much I’ve changed and improved in showing rather than telling my readers what’s happening. I want them to engage and to show – providing sight, sounds, touch, smell, and taste cues is a big part of that. I was particularly thrilled when my editor came back a full week sooner than expected with this current book because I had improved so much between book three and four. My pocketbook also appreciated that.