This steampunk novel is my newest release. I’m excited about the possibilities and already am working on a sequel for next year. 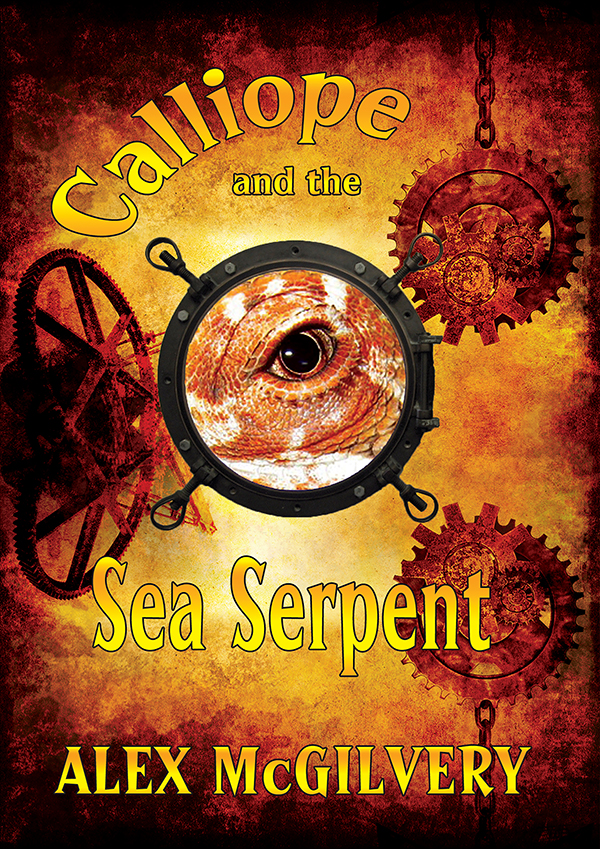 Chapter 1  The Call to Adventure

Calliope followed Sir Shillingsworth through a vast collection of grotesqueries – creatures suspended in huge bottles filled with murky liquid, others stuffed and set in tableaux. Sculptures of horrific death, paintings of deformed people.

Her father took no notice of what surrounded him; tall, with his grey hair cut severely and great coat flapping like a cloak in the wind, he swept past giant skeletons, not even glancing aside. Calliope itched to get lost in the collection, sketching what she saw. That skill was the reason he employed her. Why he’d ordered her to attend this meeting was beyond her. She had specimens to draw and catalog from the expedition he’d returned from a couple of months ago.

Unless he thought some feminine distraction would aid in his negotiations. Calliope brushed at her dress, covered with pockets she’d added and spotted with charcoal and graphite. In that case, he should have brought someone worth looking at.

Pentam, Sir Shillingsworth’s protégé, rolled his eyes and shook his head. He had dressed immaculately in the latest fashion, dark hair perfectly arranged, and took his position as high society scientist very seriously. She caught occasional flashes of humour in those blue eyes. Calliope took a deep breath; she could put up with the boy for the short time she was forced into his presence.

They arrived at the end of the hall, where Sir Shillingsworth looked at Cal as if he had just met her there.

“Really, Calliope, you should take more care with your appearance.”

She made a deliberately sickly attempt to show feminine wiles.

“You should have warned me I was to send lust through Lord Carroway’s veins.”

Pentam’s snort echoed through the hall.

“Fat lot of good that would have done.” He immediately paled and held his hand up defensively. “I don’t mean that in a disparaging way to you, Cal.” But he was looking at Sir Shillingsworth as he spoke.

“You should stick to your convictions.” A pang struck through her heart before she ruthlessly quashed it. “Nevertheless, you aren’t the only one whose words occasionally come out a little sideways of their intent.” He spoke nothing but the truth. From her blackened fingers to indeterminate brown hair stuffed in a bun to keep it out of her eyes, even in the finest of gowns, she’d never make any male catch his breath.

“What I meant is, rumour has it Lord Carroway is not, er… set aflame by feminine beauty.”

“Then it is a good thing you take all too much care with your appearance.” Sir Shillingsworth rapped on the door as Pentam turned a series of lovely shades of red. Cal smiled sympathetically at the boy. Her father had little time for niceties, and none for anything less than the bald truth. “Dressing well isn’t always about seduction.” Sir Shillingsworth eyed Cal again. “Sometimes it is about respect.”

The door creaked open as Pentam fought for composure.

How appropriate. Have they treated the hinges to produce the sound? Cal knew better than to give them more than the slightest glance as they paraded into the room. But her mind listed ways she might have created that wonderful groan.

Lord Carroway stood by the window in what had to be a conscious pose, as the fog meant he gazed heroically into nothingness. He looked to be hardly taller than Cal, but at least twice her weight. Expensive tailoring made him look rich rather than gluttonous.

“Yes, thank you, James. That will be all. Maybe refreshments at a suitable interval?”

The man who’d let them in closed the door with another delicious creak, then vanished through a side exit which didn’t so much as whisper.

Cal hid her delight behind a polite smile as Lord Carroway’s eyes passed over her and landed on Pentam. The man almost licked his lips.

“This expedition you wish to send me on?” Sir Shillingsworth stepped forward and claimed the centre of attention. Cal pulled a sketchbook from her pocket along with a stick of charcoal. Her fingers recreated the scene before her – the Lord barely containing his lust, the boy valiantly not fleeing the room, Sir Shillingsworth looking at Lord Carroway like a hawk at a mouse.

“Oh yes, yes. Please be seated.” The Lord sat with practiced grace then bobbed up to his feet when his guests remained standing.

“Time is valuable, my Lord. I’d prefer to deal with the business at hand.”

“Very well.” Lord Carroway pouted and walked to his desk.

Cal’s fingers danced across the page. He was perfect, looking longingly at his chair, then picking up a map to hand to Sir Shillingsworth. His fancy clothes and lace contrasted with the practical but high quality suit her father wore.

“I want you to take an expedition to the Sargasso Sea and capture a sea monster for my collection.”

Pentam barely contained another snort. Cal let a smile flit across her face. Sir Shillingsworth unrolled the map, glanced at it briefly, then passed it to Cal. She put her sketchbook back in its pocket and pulled folded paper from a different pocket along with a graphite pencil.

“May I?” Cal put map and paper on the desk and nodded at the chair. Lord Carroway jumped, as he might if his settee had spoken to him. He fluttered his hand which Cal took as permission. She sat to copy the map.

“Sea monster.” Sir Shillingsworth’s voice was a study in neutrality.

“I’ve heard stories that sea monsters inhabit the Sargasso Sea. You will bring me one.”

Cal’s lips twitched as she imagined the exact expression on her father’s face.

“They are a myth, quite difficult to capture.”

“It is my money.” Lord Carroway made no effort to hide his petulant tone. “After all the trips I’ve sponsored, I think I deserve to set the goal for one.”